This will be my 139th blog post. That means that I’ve published 138 times while barely talking about my actual work! That isn’t so cool. In an effort to be more open, I plan to start writing more about what I am actually doing. 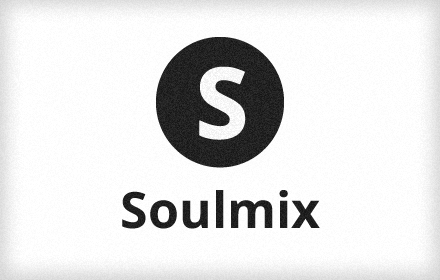 Those who have been following my blog have probably seen me link to my current project Soulmix.

I started working on Soulmix last June, and initially, it was conceived as a niche community site for sharing content related to living a good life. People would share content related to life (personal development, relationships, psychology, lifehacks, etc.), upvote the posts they liked, collect their favorite posts, and discuss within the comments.

After building the site, I beta tested it for a few months. It seemed to have potential. Return traffic was growing steadily, but slowly. I sent a weekly email newsletter curating the best posts on living a good life, and it was well received. People sent emails thanking me for it, and I could track email clicks throughout the entire week. I think if I kept pushing for another year, it could have grown into a great little community for life-related content.

Making the decision to pivot.

A few months in the beta testing, I came to two realizations:

These realizations made the next step obvious for me. I had to broaden the scope of Soulmix, and focus on the general interaction mechanisms.

Furthermore, I’ve begun to strongly believe in keeping products simple. Soulmix had content shares, upvotes, collections, and comments. That felt like too much. I decided that I could go two routes:

So, about a month ago, I decided to pivot. The next version of Soulmix would be a general site for collecting stuff I liked online.

This brings me to what I’m working on now: the new and improved Soulmix!

Soulmix is now an online tool for organizing and sharing the stuff you love on the web.

Your favorite images, links, and videos are typically scattered all across the web. Soulmix lets you take them all, and organize them into remixes (or collections). It gives you your corner of the web where you can collect and share the stuff you like. You can also follow others users (or their remixes) to discover new great stuff.

Soulmix recently became functional again and is in private beta. If you’d like to check it out, just request an invite *nudge nudge* 🙂

I’ll be letting people into the beta with time, and if you join, I would love to hear your thoughts!