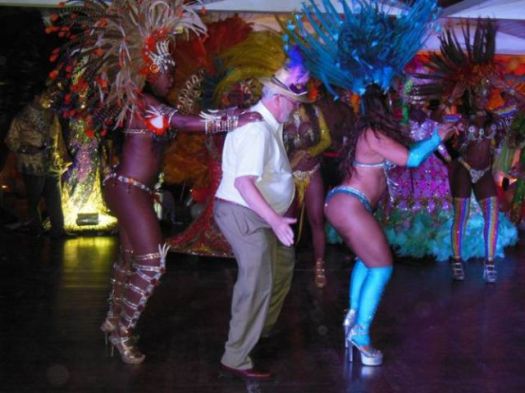 In my car, I keep a pile of mp3 CDs containing various mix tapes. The mixes range from 70’s funk/soul, to 80’s big hair band rock, to 90’s old school hip hop and current house and trance music. 90% of the time, I toggle through different mix tapes when I drive. There is so much good music that has already been made that I don’t ever get bored of it all.

But every so often, I get this itch, and think to myself, “hmmm, something good must have come out”. I switch off the CD player, flip on the radio on, and then spend a few days toggling through various radio stations.

Every time I do explore the radio, something interesting happens.

At first, everything sounds so new.. and so weird. I notice how musical styles have changed. And, I notice that new artists have come onto the scene. If I’m being honest, most of it sounds pretty bad. And most of it is bad! Compared to the great 70’s, 80’s, 90’s, and 00’s, there is a lot of bad music on the radio.

I don’t know why, but I always persist with my radio exploration anyways. I think it is because I am inherently a hopeful person. I want to believe something great has been created, and I want to be delighted.

And, if I stick with it long enough (usually it is just a few days), invariably, the same thing always happens. First, I start to gain a taste for some of the new styles. Second, I always stumble across a few artists or songs that I really love. Third, and most importantly, I almost always love these new songs/artists for a new reason. A while ago, it was an obsession with John Legend. I loved how he created a modern version of the best soul music from the 70’s. Later on, it was Lil Wayne. His music was so different and out there, but his flow and his word combinations were just ridiculously awesome. Lately, I’ve grown an appreciation for Macklemore and Lady Gaga, both because they mix pop music with very important social messages.

The pattern always repeats itself. I get an itch, explore, find a lot of crap, and then find a few awesome things.

Yesterday, I kicked off the pattern again. This time, as I switched the radio on, I began to listen, and came across a bunch of crap. And then, I had an epiphany.

I knew I would come across something good at some point. And I was glad that I knew this. Exploration is the only way to discover anything new. It is the only way to keep up with the times. To some degree, it the best way to stay mentally young.

How many times have you heard the following:

This is what old people say. They have formed some connections in their brains, and are done with it. They have a mental model that seems complete, and they are willing to just go with it.

If you tell them to explore, they will tell you that the new stuff is full of shit. And they will be right. Most of it is. But some of it isn’t. Some of it is brilliant.. just in a different way. And these old folks who are mentally inflexible will never realize it.

So, as I switched on this radio yesterday and listened to bad music, I had this epiphany and smiled to myself. I thought of all the great artists I have discovered. I thought about how quitting my job 18 months ago to explore the new world of web/mobile technology is the best thing I’ve ever done for my career.

I know I will grow old of age, but I don’t want to grow old in the mind. I hope that I will always explore and wade through the new shit to discover the new gems and understand why they are so brilliant.

Or, check out my current project Soulmix.

2 thoughts on “Exploring the new”