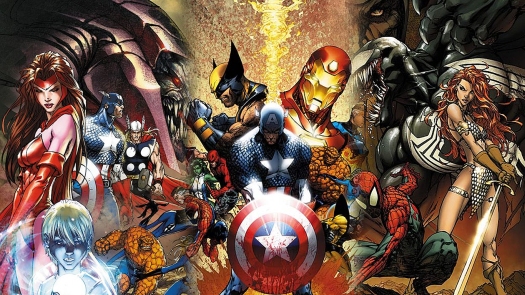 Q. What does Google, Marvel, and Lost have in common?

OK. Aside from my love, there is a better answer: they all have/had long term visions.

Google is the defining company of the Internet era. It has also always acted with a long-term vision from before the IPO through their 2004 founder’s IPO letter describing their long-term decision making to public shareholders. And it continues with Google Glass, self-driving cars, Project Loon, etc.

The Marvel comics have always told epic stories through their comics. Most recently, they’ve moved into movies and are doing something I haven’t seen any other movie makers do: plan a span of movies that may take decades to finish. Each of their movies tell their own story, but are weaved into the much larger vision encompassing the entire Marvel universe.

As long as I’ve been alive (or at least watched TV), there hasn’t been a series like Lost. The first seasons felt like an introduction to each of the characters. There is no way the first season could stand on its own (IMHO), but it was never meant to. It  was the beginning of an epic story, and that is much better.

As people get older, they always seem to lament the fact that society is losing its long term focus. When I was younger, I heard parents talk about this. It was usually about how TV and video games was killing our attention spans. Now that I am getting older, I hear friends saying it. Usually it has to do with the crappy apps and social networks that kill our time.

As a consumer, I can choose both distractions and epic art if I’d like to. I can watch 7 seasons of a bubble gum pop show as easily as I can watch the 7 seasons of Lost. It doesn’t take me any less time, and there is a time and place for both.

As a creator, things are different. Creating something epic takes time and dedication. By nature, it seems mutually exclusive with working for the short term. You don’t get to choose both. So, which do you choose? Just remember that it is still the epic art with a long-term vision that has the best chance of standing the test of time.

Check out my current project Soulmix.